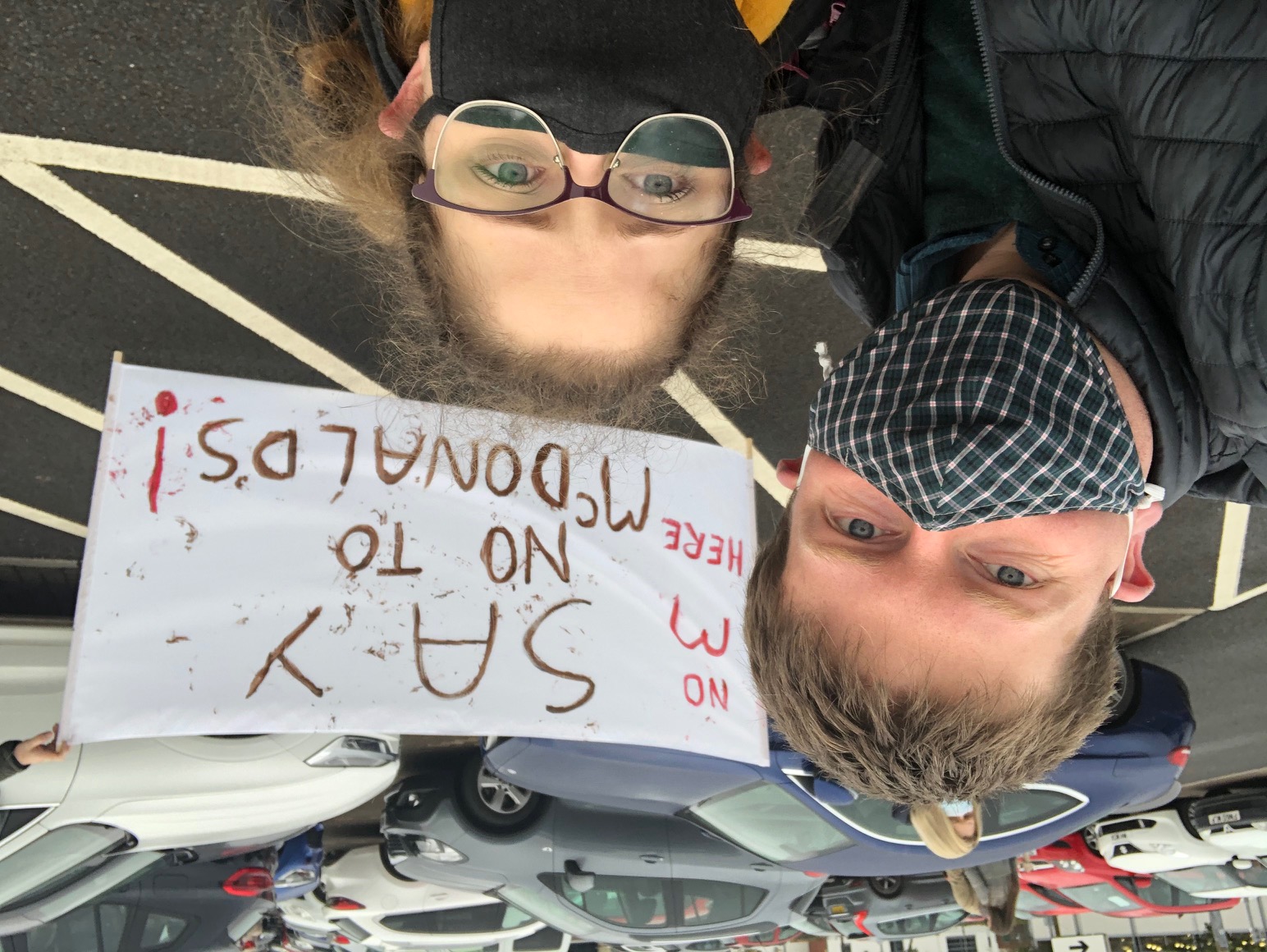 Aude Boubaker-Calder has said, “The protest showed the community anger about the proposed McDonalds. Alongside the petition I launched, which 536 local residents have signed, I would hope that Tesco will start take notice and listen to the community.

“The community spirit at this protest was clear- a lot of people are really opposed to this.

“It is time that planning processes give a right for appeal to communities. There is a screaming injustice when developers have the right to appeal council decisions but not the communities. This has to change now!”

“In the meantime, Tesco must reverse course and take their corporate responsibilities seriously, as this will cause traffic chaos, pollution and will contribute to our national obesity epidemic as it is next to a school.”

Councillor James Calder added “Residents are rightly furious and it is an outrage that they have so far been ignored. I hope this protest will make Tesco start listening.

“One thing is clear- there should not be McDonalds in the Duloch Tesco car park.”

Find out more about our work - sign up for emails today:

Join the Liberal Democrats today from as little as £1 a month and help us demand better for our future.